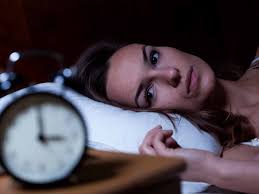 Why bother with sleep?

We all take sleep for granted until we have problems with it and then we quickly remember how desirable a good night’s sleep is. The need to sleep is a fundamental human given and this is because all human abilities (like paying attention, memory recall and learning) are made worse by poor sleep and there is an intimate relationship between sleep and many psychological conditions — for example, depression, anxiety and psychosis. Whenever people seem to be having difficulties in their life always enquire about their sleep patterns, it might reveal a lot!

Sleep deprivation, even sporadically, is a real issue. A good night’s rest can relieve sleepiness. Without it, we find ourselves feeling groggy and out of sync with our body. Sleep is crucial to our health for a myriad of reasons.

The Consequences of Lack Of Sleep

For some, sleep deprivation is a common occurrence, but constantly interrupting the sleep cycle can be dangerous. When we become sleep deprived, it affects us in a multitude of ways.

Not being able to sleep well can affect our moods during the day. Some of us become irritable, short, and even indifferent.
Cognitive Function Slows, cognitive function is also affected by a lack of sleep. Problemsolving, memory retention, recall, and focus can all decline when we are robbed of deep sleep or slow-wave sleep at night. Productivity and creativity levels are compromised when our circadian rhythms are interrupted and we fail to achieve the necessary sleep stages.

Physically, a lack of sleep can be detrimental to your coordination. The brain fails to function properly without adequate sleep, so the signals that are being sent to your body are compromised.
Although there are many reasons why we sleep, there are still as many unanswered questions. Researchers are trying to find scientific evidence to explain the mysteries of sleep, but the current consensus is that sleep is imperative for a healthy and full life.

1.Sleep helps you feel your best

The idea that it’s necessary to get eight hours of sleep each night partly comes from studies that ask people how much time they normally spend sleeping. For example, in a survey conducted by researchers at Queen’s University in Kingston, Ont., more than 17,000 students in 24 countries were asked how much sleep they got each night. Sixty-three percent of participants said they slept from seven to eight hours. Eight hours is the norm for the amount of time that most people sleep, but on an individual basis, it’s the amount of sleep that allows you to wake up feeling refreshed and able to stay awake during the day.

While it’s normal to go through bouts of disturbed sleep, if you’re routinely waking up groggy over several years, your health may be at risk. Insufficient sleep can result in an impact on immune function and cardiovascular risk. There’s also a link between weight gain and reduced sleep. Studies have also shown a link between sleep deprivation and increased risk of developing type 2 diabetes.

A study of 68,000 women conducted at Harvard Medical School revealed that women who sleep ﬁve hours a night are 32 percent more likely to gain 30 pounds or more as they get older than women who sleep seven hours or more. Common sense says that someone who’s awake and running around should be using up more calories than someone who’s in bed. Running around should make them slimmer, right? But the study, conducted over a 16-year period, revealed that even when the women who slept longer ate more, they still gained less weight than women who slept less.

Sleeping better may help you ﬁght off illness. Sleep deprivation makes your body’s emergency stress system kick in. In a University of Chicago study, men who were vaccinated while being deprived of sleep (the subjects were not allowed to sleep more than four hours a night) produced less than half the antibodies to the ﬂu virus that vaccinated men who got a full night’s rest did.

Not only does sleep deprivation lead to poor health, it also affects your concentration, problem-solving skills, memory and mood. Problems with memory, decreased social interaction and difficulty concentrating can all be linked to lack of sleep.

People who are limited to only four or five hours of sleep a night for several nights not only experience more physical ailments, such as headaches and stomach problems, but also undergo changes in metabolism similar to those occurring with normal ageing.

People with insomnia produce higher rates of stress hormones than others, according to new research. This puts their bodies in a hyperaroused state that can make it difficult for them to wind down. The inability to sleep causes more stress, which can have a devastating impact. People who don’t get enough sleep can become depressed, and that causes insomnia. Inversely, more and better-quality sleep can make you feel happier.

Sleep deprivation also influences your food choices, making you crave high-carb and high-sugar foods. This is because sleep loss decreases insulin sensitivity, putting the sleep-deprived at higher risk for developing type 2 diabetes. So sleeping more may make it easier to fight the cravings!